Get organizing tips of the month, news, and information for upcoming events.

The surge in worker activism continues as the fallout from COVID-19 gets more brutal for workers across the country. At a time when we're faced with unemployment levels at near Great Depression levels, there's never been a more difficult time to be a worker in America, especially if you are Black or brown. The crisis is exposing just how inhumanly corporations are treating workers in a way that working people are not going to accept again.

CODE-CWA and CWA organizers around the country are busier than ever. While organizing online and on phone calls gives us all of the depletion with none of the nourishment that comes from in-person interactions, now is the time to push for demands in your workplace felt impossible just a few months ago. If you are interested to speak with an organizer, we're available.

Troubled by long-standing problems exacerbated by the coronavirus pandemic, a group of frontline Denver Health workers are seeking to unionize. They've formed a group called Denver Health Workers United. This minority union is fighting for workers rights as essential frontline workers are fighting both their own lives and the lives of the whole city.

This is an exciting organizing campaign organized with support from Communications Workers of America Local 7799. 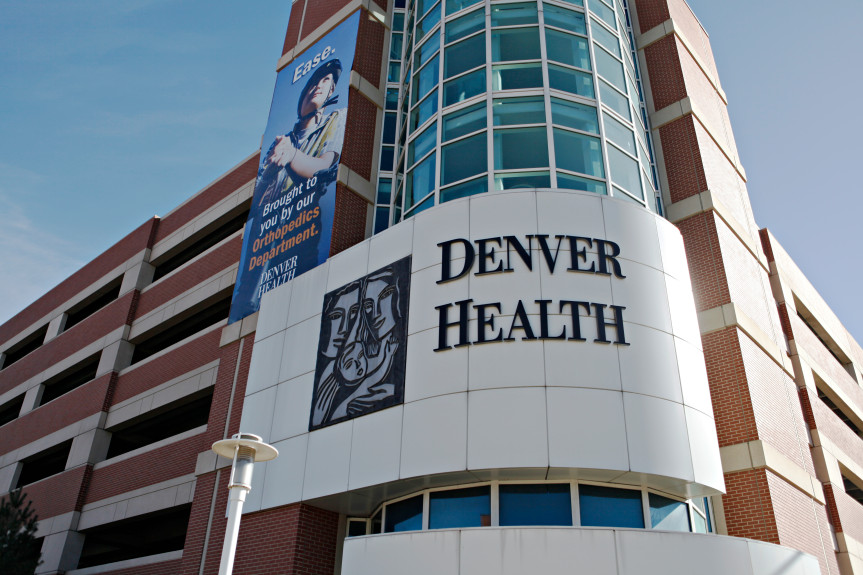 LIVESTREAM WITH ROB LARSON: On May 6, we hosted a livestream with Rob Larson, author of "Bit Tyrants - The Political Economy of Silicon Valley," on how tech companies use contractors, co-ops, the Bernie campaign, and much more. Our organizers, Emma Kinema and Wes McEnany, moderated the talk. Watch it here.

TECH LABOR ORGANIZING Part 1: Last night, Steph Monette, a Glitch worker and organizer who recently set up a union with our help, spoke alongside union workers from Google and Kickstarter. The conversation was moderated by Raksha Muthukumar, a tech worker who volunteers with Tech Workers Coalition NYC chapter. Watch it here.

Non profit workers are forming unions: "From environmental justice organizations to political advocacy groups, nonprofit employees are turning to organized labor to achieve a greater say in how their organizations are run. In a 16-day span last month, seven workplaces announced organizing campaigns with the Nonprofit Professional Employees Union, a local of the International Federation of Professional and Technical Engineers. The local’s number of bargaining units grew 35% in less than a month." More on Bloomberg.com

'Stop throwing us bare bones': US union activism surges amid coronavirus: The latest opinion piece from long-time chronicler of the labor movement, Steven Greenhouse, observes the pandemic is forcing workers to protest unsafe working conditions. In conversations with workers and labor organizers, Greenhouse hears that pandemic has change the calculation for workers who are now more willing to take risks. More on Guardian.com

Prison Labor Replaces Striking Garbage Workers in New Orleans: Under state rules, prison inmates, employed by Metro Services, will be paid only 13% of what garbage workers, who only make $10.25-an-hour, are being paid. More on PaydayReport.com

Facebook will pay settlement to content moderators who developed PTSD on the job: Facebook has agreed to pay $52 million to current and former moderators to compensate them for mental health issues developed on the job. As Cori Crider from the group Foxglove said: "The settlement is .0073% of Facebook’s 2019 revenue—they made this last year in...6.5 hours. Pretty cheap for thousands of shattered lives, Zuck." More on TheVerge.com

Google Bosses Killed a number of the company diversity trainings: We've watched closely has Google has fired workers, hired union busting companies, signed contracts with the military, paid off sexual abusers, etc. The latest in the company's laundry list is this exclusive story on NBC documenting how they've canceled diversity trainings in an effort not to get criticized from right wing hacks. For years Google has been scared about how these people, who now have the ear of the White House, will tackle Google glaring anti-trust violations. More on NBCNews.com

Organizer Tip of the Month

"Being nice and polite, playing by the rules, occasionally voting in elections doesn't cut it with the billionaire class. The only way to make the richest man in the world, Jeff Bezos, give a meaningful percentage of his profits to the people who made him a multibillionaire is for the workers, all of them, to walk off the job until he does. That's what good, democratic unions do, any why they matter as much in 2020 as they did in 1932." — Jane McAlevey in "A Collective Bargain - Unions, Organizing, and the Fight for Democracy"

This Month in Labor History

"What appeared on the surface was a picture of general working class subservience and docility. Surveying the scene, colonial officials, representatives of the big foreign owned enterprises and the local employers and upper middle classes generally felt confident and secure...Sullen resentment and dissatisfaction were, nevertheless, swelling steadily among the working people and the unemployed in all the British colonies in the Caribbean area. By the middle years of the decade the situation was like a cauldron of liquid slowly coming to the boil, with isolated early warning bubbles here and there disturbing the apparently placid surface."

MORE THAN A PAY CHECK SWEET HONEY IN THE ROCK

I wanted more pay.
But what I've got today
is more than I bargained for
when I walked through that door.

I bring home
asbestosis,
silicosis,
brown lung,
black lung disease.
And radiation hits the children before they've even been conceived.

So I say -
Workers lend an ear.
It's important that you know.
With every job there is a fear
that disease will take its toll.
If not disease, then injury may befall your lot.
If not injury, then stress is going to tie you up in knots.